So, my students found my Facebook and it’s nothing I am ashamed of. But of course, they find the photos of me playing model in New York City, Miami, Barcelona, and Paris. Back when I wasn’t on a painful Peace Corps budget, I would travel solo and pay photographers to do their thing and boost my confidence. Of course, the memories attached were very much worth it as I reminisce daily of my time at the Louvre or in Times Square. But now my students have found me online and they ask if I am a model.

“But why? You are so pretty; models make more money.”

I think of how my mother would often tell me how she wanted to put me in modeling classes when I was a baby only to be stopped by my father concerned at the over-sexualization of his daughter. “I don’t want to be a model because you are only pretty for so long. I want my job to mean something more.”

My students (Mattayom Two) all hum in agreement. Then, they begin to ask me if I
think they are pretty.

“Of course, you are all beautiful.”

Now, I note that this student is noticeably darker than the others, even though they
are all pretty dark.

“Yes. Even her. I think she is very pretty,” and she is, inside and out. She has a face that lights up, and expresses every emotion she knows. Her face is narrow and very angular, she reminds me of those ancient marble busts found in museums. She gets bullied a lot for her appearance by staff and students alike, but she continues to show everyone love and offers me hugs daily.

They show their confusion because the beauty standards of Thailand have deemed
this particular student to be ugly. She is too dark. They even try to explain this concept to me through bringing her arm up to various items, other students, and they even bring her up to my printer paper and try to explain that’s how she should look.

“In the United States a lot of us want to be dark. I wish I could be a little darker,
that’s why I like going to the beach, to tan.”

Now their minds are thoroughly blown. I hear a plethora of comments made daily about appearances. Thai people are very concerned with beauty. An unhealthy obsession when you take into account the skin bleaching. When I was first introduced to my school I was not introduced as the new teacher. I was introduced as the new pretty foreigner. Never mind my degree, or bilingualism, or any of the other knowledge I possess.

And my students’ introductions to me were no different. I was not told which students were fast-learners nor which did well in tests, or other academic areas. I was told which were prettiest or most handsome, and which were too dark, too fat, too short, or just generally displeasing to look at in the opinion of the Thai people.

So how do I go about fixing this problem at my school? Subconsciously, of course.
My students are little artists, you see. Nothing makes them happier than coloring.
So, daily I have students old and young color a variety of pages featuring Maya
Angelou, Angela Davis, Ellen Ochoa, Dolores Huerta, and Frida Kahlo. I explain who they are and why are they important to me. When they are done, I praise their art, I tell them “she’s beautiful like you.”

Now this method only works for so long because enter the damn Disney Princesses. One student got her hands on a Disney Princess coloring book and from that day on they were back on the “light is right” train. So, I hit back harder. Currently in my room hangs photos of Alexandria Ocasio-Cortez, Sonia Sotomayor, Rita Moreno, Juliana Rotich, Maria Da Penha, Mae Jemison, and Gladys West. (The italics specify they are women of STEM) and removed the Disney Princesses from the vicinity.

They see these women and I tell them they are not only beautiful, but smart. And that’s also a statement said religiously from me to my students. “You are beautiful and smart.”

This addresses another ongoing problem in my community, and honestly, it’s one I
have also seen in the United States and Puerto Rico. Now, if you are a teacher in
Thailand, you may have a student or two whose nickname is Grace. Why is she
called this? Well in my school it’s because they are pretty. They match the beauty
standards down to a T. The other teachers will praise these girls for that and that
alone. Ignoring the fact that these pretty girls are regularly doing bad on tests, and
any of their other subjects. But it’s okay because she’s pretty.

Now every little girl loves to be told they’re pretty and I’m not saying we should
stop. But, imagine what would happen if we called them smart instead or even in
addition. I would hope they would aspire towards intellectual greatness. I tell my
students at least once a week, “Beauty fades. Knowledge stays” and when they ask
me what do I want to do with my life I tell them all of my goals. “I want to be a
lawyer, I want to continue my education, I want to defend those who have experienced injustice, and I want to change the world for someone.” Of course,
these big borderline philosophical statements go over the head of my counterparts. But they get the point. Some still try to convince me to model and I mockingly vogue down my classroom runway, but then it ends when I tell them, “Now let’s learn.” 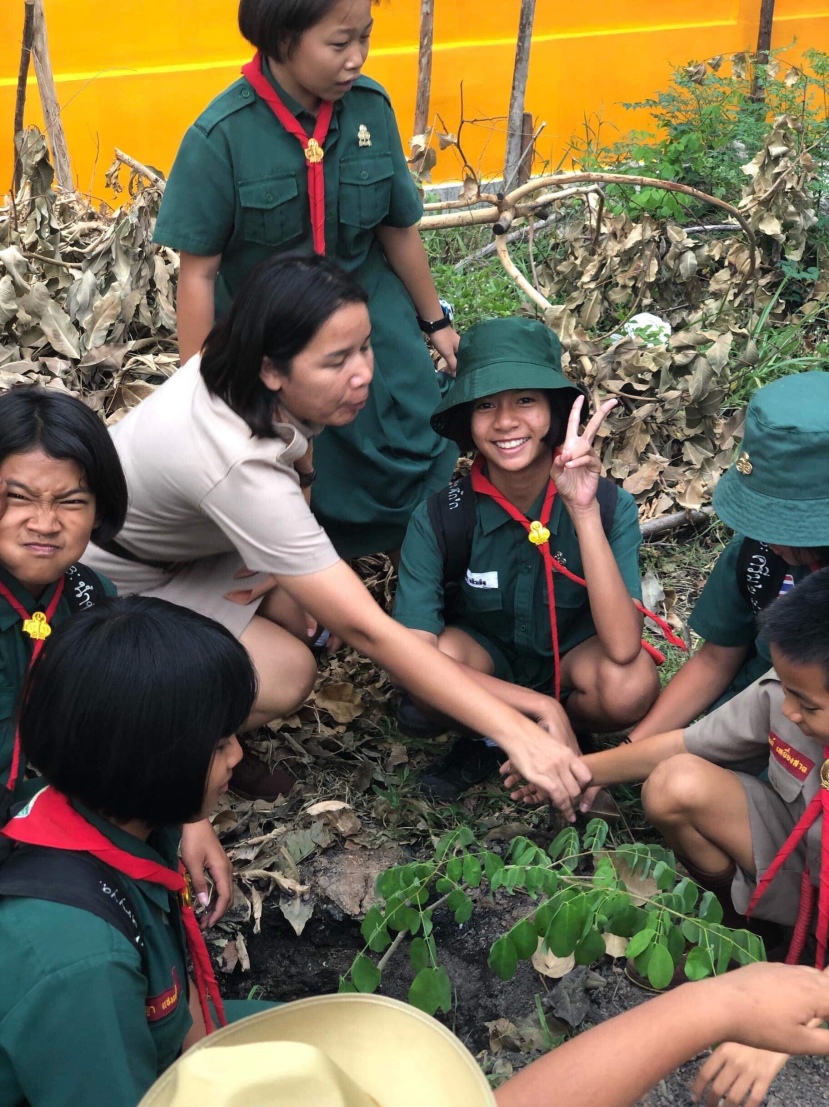 Yet, looks attribute to so much. I’d be a hypocrite if I said I didn’t care about my
appearance. Hell, I’m a vegetarian, who does juice cleanses, and with a 16:8
intermittent fasting schedule to stay bikini body ready. I regularly make face
creams, exfoliators, moisturizers and hair masks. I put ice on my face to shrink my
pores, and steam my face to detox them. I don’t leave my house without mascara,
eyebrows, lipstick, and eye shadow. I still shave despite the fact that no one here
cares. I have even worn heels to my school.

And I don’t always do it for myself. I’m Latina with a mom who was critical on my appearance daily. She even told me to always make sure my underwear matches my bra because “what will happen if you get into an accident and the EMT is a good-looking man? If they don’t match, he will think you don’t have your life together and not want to be with you.” Mom, my bra and underwear match and my life’s still not together. It’s ingrained at this point and that’s fine. However, my goal isn’t to just be aesthetically pleasing for the EMT or for anyone else. It’s to be smart. When I look at the Law program I want to study in the states, I get turned on. “Immigration Law. Science of Implicit Bias or Critical Race Theory. Administrative Law.” Thinking that I can possess this knowledge is such a seductive idea to me. Talking about law and politics is the equivalent of fine champagne and filet mignon for me. But I digress.

Sometimes I do think about the things I would like to physically change about
myself and the comments that had been made about me in the past. My ex-boyfriend used to make fun of the fact that I had a large forehead pretending he could see his
reflection in it if I got too sweaty. Another ex would comment on my hips saying
they were “proper birthing hips.” WHAT? Then, the countless people who tell me I have the worst case of RBF (resting b**** face) they have ever seen. And as an elementary student I remember being one of the only curly haired people in school, so that was always being discussed, more so mocked actually. The worst has been the criticism from myself, specifically about my chest. That area didn’t get the memo when puberty hit.

Of course, it’s all water off the ducks back when you have the confidence and
comfort to love yourself the way you are. When you realize accomplishing your
goals is what really matters. But still there are times when I think if I could just get
a procedure and like my body more, would I do it? Even though it’s still too early, I
think about my re-adjustment allowance and the things I want to do with it. Part of
me wants to go to Bangkok and finally fix what genetics failed me on. The other
part says “Masters. Fordham. New York City B****,” and that other part also says
“This body has been a work in progress for 24 years. Why get in the way of that
hard work when you don’t know what’s to come?”

It’s human nature to enjoy beautiful things. If it wasn’t, we wouldn’t have art. We wouldn’t have stories, fables and mythology. We wouldn’t have amazing architecture. But the line with beauty is drawn when there is no substance behind it. Students are like books, and it is the job of the teacher to ensure that those pages are full of something meaningful. After that the student can make the informed decisions to either share their knowledge with the world or to stay on the shelf. But those pages need to be filled regardless, and we all know never judge a book by it’s cover.