The Shortcut Not Taken: Baseball, Bites, and Broken Noses

Before anything else, I highly suggest reading my fellow PCV Gabriel’s article on how Peace Corps is basically one big baseball game and then come back here.

My day started as usual – by scrolling through my phone to catch up with the other half of the world.

“Max Scherzer may have broken his NOSE.”

This was one of the first texts I sent Wednesday morning after checking on my fantasy baseball updates. It was also undoubtedly the most important update from my morning succession of social media and news gathering from Back Home (I mean aside from escalating tensions with Iran, the presidential primary, etc. etc. you get it…).

Max Scherzer (Nationals ace, future Hall of Famer, the back on which the entire team – nay – all of Washington, DC and perhaps the free world, rests) had taken a baseball to the face while I was sleeping in Thailand. AND he was set to start the next day.

This was not good news for me as a Nats fan or me as a mediocre fantasy team manager. Or maybe just me as a human, too.

But like most news from back home, it felt delayed and I felt slightly detached. I went on with my day as usual. Wednesdays are one of my lesson planning days at my SAO office. Wednesdays are for mid-week relief and reset. After teaching for two full days, Wednesdays have been my chance to put pen to paper for the next week, get an iced coffee, and catch up with my Piis at the office.

But the day did not really go as planned. And was I surprised? No. I’ve learned to go with pretty much any flow since joining Peace Corps. But sometimes that doesn’t really matter, especially when the day is more of a string of random inconveniences than anything related to work.

On that Wednesday I ended up paying a dumb amount of baht after a misunderstanding about international shipping fees. I stepped ankle deep in mud in front of a bunch of people. I realized I forgot my keys halfway to home. And THEN, I got bit by a dog.

And you know what dog bites mean, right? Rabies shots! Like, as soon as possible rabies shots.

So began a long evening of driving four hours round-trip to get my first of two doses of rabies shots to top off an already long day, and week, and – let’s be real – six months already in Thailand. I was ready for a rest. But then again, I’m always ready for a rest.

As I reflect, I realize that the day wasn’t even that bad, because nothing that happened had been in my control. There was even a sense of relief in the randomness of the chaos, in contrast to the anxiety and stress and guilt that normally surrounds bad days, when I feel like the reason why everything goes awry is because of one thing – me.

Regardless, because of the whole dog bite situation, it was unsurprising that everyone was telling me to take a rest the next day instead of teaching at my fifth and final school for the week.

Trust me, it was tempting. And if I had made the decision to stay home, I wouldn’t have thought twice about it. Sometimes you need to take the opportunities given to you to step back and rest. And trust me, I am the biggest advocate for rest.

But I knew my priorities for the next day lied elsewhere. And I honestly knew that the need for rest was not urgent (seriously, my leg post-dog bite was fine).

My Thursday school is an extended school, so I teach a really great group of eighth graders instead of elementary schools kids in the morning. And because of scheduling conflicts and class cancellations, I hadn’t even met with the sixth grade students I teach in the afternoon yet. Thursday would finally be our first class.

The weekend is coming up, I told myself. You will have plenty of time to rest.

So I pulled on my big girl panties (aka my biking clothes) and hiked it up to my furthest school, wondering slightly if I should have just accepted my the generosity and taken the day off.

But on the way, I got a great text from my boyfriend.

Remember how Max Scherzer may have broken his nose? Well, he did. And THEN the legend among us pitched a scoreless, 10-strikeout game DESPITE said broken nose AND a black eye.

What a monster. But was I surprised? No! This is the guy who treats every start like it’s Game 7, who pitches with such ferocity you can hear him grunt after every pitch on TV, who stalks the mound like he doesn’t just own whoever he just struck out, but also their family, their house, and their dog.

Max Scherzer brings his ALL every single start. The dude is seriously intense.

As I biked through the rice paddies, I thought about how understandable it would’ve been for Scherzer to take a step back and miss a start. No one would have questioned him for doing so. His nose was broken for crying out loud.

But Scherzer knew deep down that he didn’t need the rest, and that his priorities lied elsewhere. And probably that noses have nothing to do with pitching. 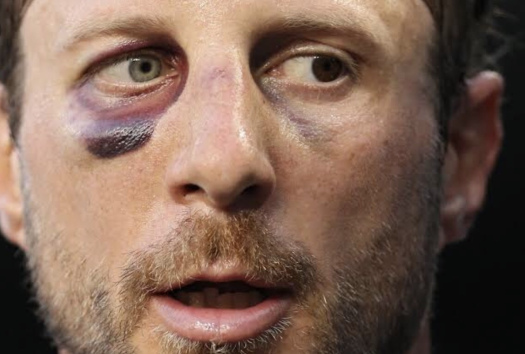 Pedaling little faster, I thought to myself, I can bring it like Max Scherzer today. I know I am capable because I have been capable before.

I thought of my friend and fellow PCV Neil, who reflected to me once that “[our communities] think we can do everything because sometimes we can.”

I thought about an article written by another PCV (and Natalie!) about grit.

And I remembered our former Director of Training and Programming’s adopted words from Brené Brown, “You can do hard things.”

But I was also quick to remind myself that rest and honest work ethic are not substitutions for the other. Driving yourself into the ground isn’t heroic. It doesn’t make you a better PCV. It just burns you out and ruins the quality of your work.

After all – Max Scherzer only pitches every five games.

He’s only able to bring that kind of intensity because he has three full days of rest in between each start to mentally and physically prepare to bring his absolute 100 percent the next game.

I was able to hop on my bike after a not great day because I knew I could rest soon. I knew I had a helpful co-teacher waiting at school to support me. I was being honest about my capabilities that morning. I knew I could get through the day.

Had I had a jam-packed weekend schedule ahead, I may have chosen differently, and it would have been perfectly fine. Because in the grand scheme of things, one unnecessary day off wouldn’t have mattered.

Because we knew taking that day off wouldn’t have been a true rest day. It would’ve been a shortcut.

It’s not easy to channel Max Scherzer. After all, there is only one Max Scherzer. But with the right rest and the right motivation, I know I can bring my A game every day. If I don’t at least try, what’s the point anyway? 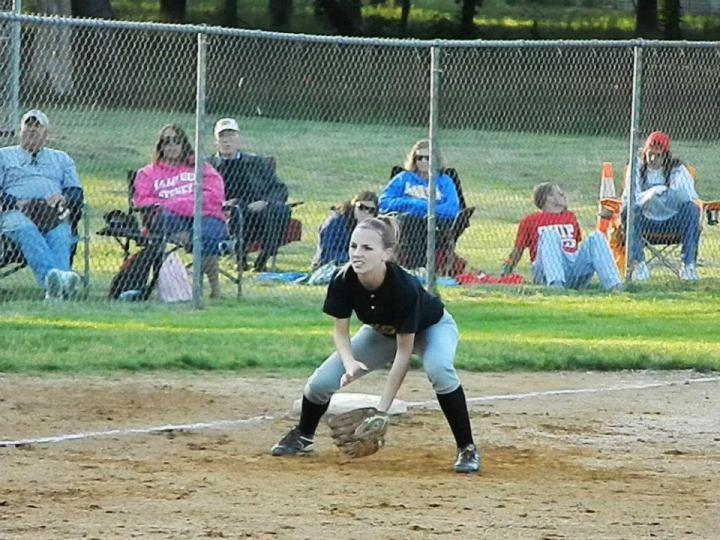