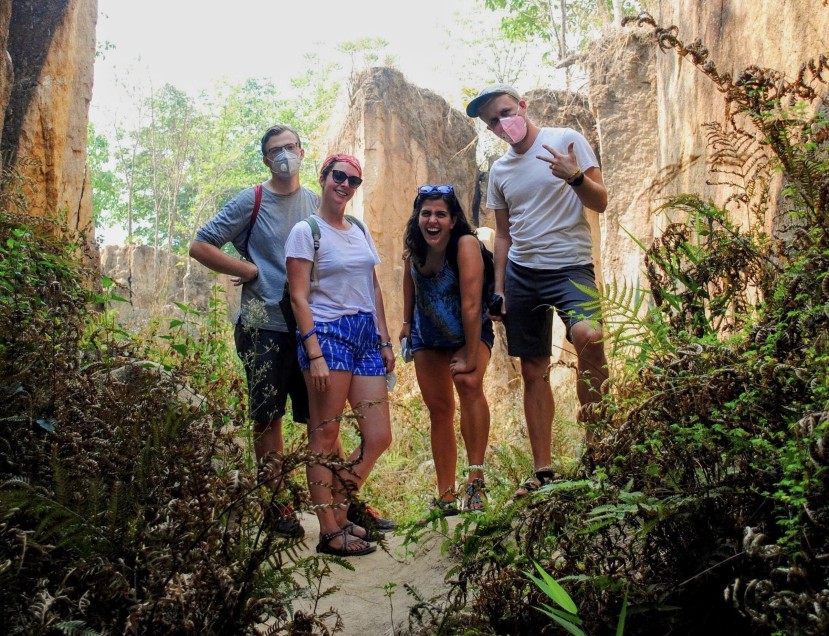 The start of the second school year for group 130 recently began, and with that, has come some serious “year two” feelings. Now, you may be wondering how “year two” could be a feeling, so let me break it down for you by starting with the whirlwind of emotions we’ve gone through in our Peace Corps service.

In staging, we were overwhelmed with the reality we were leaving the country for the next 27 months, but also oddly excited for it. At the start of training, we were deer in headlights thrown into a new culture and language with full days of learning leaving us exhausted. Granted, parts of training were amazing, namely meeting all these incredible people that would become lifelong friends. As hard as training was in the end, the idea of heading off to site alone was even more terrifying. But, we did it. We found our places in our communities, we utilized our Thai at a level we didn’t know we had, and we created a home in a foreign place thousands of miles away from the lives we knew before. We then started year one of teaching, and with it, came a rollercoaster. Some days were great, and other days left us wondering “why Thailand whyyyy.” Yet, we got through it.

Then, rolled around the mid-service slump. OH MY GOSH was that hard. There was no singular cause for it, but let’s get real. We all felt it. For some (if not all) of us, this was accompanied with a severe case of “jadedness.” A life outlook that might not be the most helpful, but after being faced with so many adversities in the first year, it was near impossible to have a positive outlook on the next year. Thankfully though, we had April off and got to lean on each other at mid-service training. Shortly thereafter, year two of teaching began.

Year two emotions have been strangely different than any before. It’s almost like this wave of “chillness” has washed over my previously jaded self. Not quite enough to wipe away everything that I was feeling before though. So I still have the same rather negative thoughts, but now, they’re a lot more of a joke than a real feeling. With a year of experience under our belts, Thailand no longer surprises us with its differences. Instead, when a curve ball is thrown our way, it’s a new outlook of “yeah, sounds about right.” Sure, challenges may still sting, but they don’t feel as gut wrenching anymore.

Another factor that adds to the “year two” feeling is more opportunity to be ourselves. When we first moved to site, we had to focus on building relationships with as many people as possible. In Thailand, that means following a certain set of cultural guidelines that sometimes felt like we had to hide parts ourselves. Now that these relationships have been formed, and we know people beyond a surface level, there’s a chance to let out our true selves. Sometimes, it still must come with an “in America” explanation, but it doesn’t hurt the relationship like it may have in the beginning.

Overall, the “year two” feeling has been my favorite so far. I’m sure the remaining months will still have ups and downs since we’re still on this Peace Corps roller coaster ride. But, I’ve realize the lows won’t be as deep because we’re ready for them. Let’s do this 130. NINE MONTHS!