What Lies in the Margins 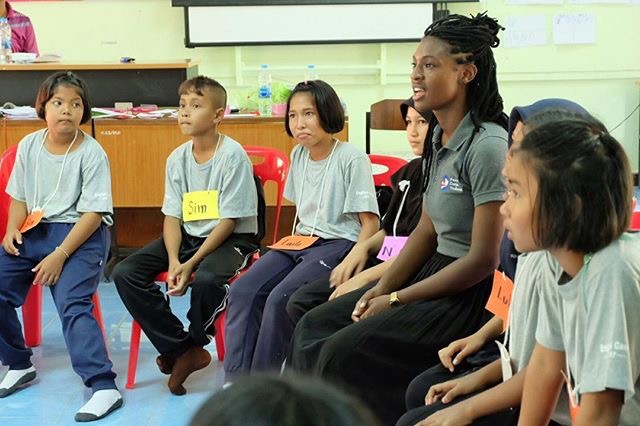 During the years before Peace Corps I was deeply involved in my Universityʼs Multicultural Affairs Office. I participated and chaired plenty of heritage months, my favorite always and unapologetically being Black History Month. I saw and felt how important it was for me and many others to demand full attention during these 28 days. I did as much as I could to support and lift the black student community at my school and create opportunities of education for us, by us. Now, two years full of Peace Corps experience, the love for Black History Month remains (and always will) though how I view my identity and interpret my experience as a black woman, because I served as a black Peace Corps Volunteer, has shifted how I express and share my identity. Itʼs a change that I’ve both fought and welcomed.

Exactly two years ago, I wrote a piece for my personal blog. The title was, “Being Black in Peace Corps,” essentially sharing my view about how my blackness was overcast with “American” generalizations that didn’t quite fit. There were times I glorified the treatment I received from Thai people during Pre-Service Training whom constantly called me beautiful and dressed me up and took photos with me. Though, amongst my fellow Americans, I remember feeling like my experience was silenced; my perspective and my being was silenced and steamed over by a white experience. I counted down the days I could move forward to site where I expected encounters of ignorance from Thai people but knew it wouldn’t devastate me like certain moments during Peace Corps Training did. I counted on being able to be the first contact of black America to my community and open them to the often extra sweet and sour life of what lies in the margins.

I was going to have conversations about the Obamas and why black people in American needed that win. I was going to show them my picture featured on CNN of me protesting the verdict of Trayvon Martinʼs murder in Times Square. I was going to bake them some Southern-style macaroni cheese and cornbread like my family in North Carolina. I was going to wear my afro everyday. I was going to show them videos of Beyonce but also show them clips of Gabrielle Union to show black beauty in all shades. I was going to teach Kwanzaa to my students knowing damn well I never celebrated Kwanzaa in my life. I just wanted to represent and I wanted their idea of America to counter any general ideas they ever thought, heard of, or seen before. I thought the formula for achieving this was my own self-love and some advanced Thai language.

I got the self-love down. Iʼm talking that black self love, though. The love you feel for yourself despite everything around you telling you to not love yourself and that nothing loves you back. I came equipped and armored with it but over time realized that Iʼd rarely been in situations where Iʼd question that love. I entered Peace Corps as a black middle class girl that mostly stayed in circles with people alike, and had no prior experience with close friends of different races let alone living in a different country. Two years ago I proclaimed that self -love was enough. In order to get through any hardships I was destined to face because of my race I just needed to latch onto my self-love. Black is beautiful, right?!

Self love couldn’t always protect me.

Here is a list of a few occurrences that have happened to me in regards to my race.

It’s been two hell-ova years and throughout those two years self-love wasn’t the only thing that shielded me from the blow of some of these events. Surprisingly it became an identity that I had spent much time rejecting before becoming a volunteer. It was being American and my identity as an American. My identity as a foreigner, as an English speaker was where I found familiarity and sister/brotherhood. Sometimes I felt that falling onto these identities made me less black. Because I had only known myself through a black perspective I felt lost and thought my grasp to being American meant my release of being black.

Now, I don’t list these events or speak about my identity crisis to dwell on the negatives of being a black Peace Corps Volunteer in Thailand. There were many good moments where I shared what it meant to be black American to my community. There were times when students asked me if I wanted to be white and floored when I told them never. I told them I loved my skin, that it was beautiful, that it was rich of strife and success. There were moments when I talked to my counterparts about police brutality and the relationship between black people and law enforcement. I was then, moved by the effort my community police officers put in to make me feel welcome because my counterpart shared our conversation with her husband who is a police officer. Officers came to my house to introduce themselves, saying to me “we are friends” and being nothing less than friendly and protective throughout my service. There were moments when I would braid my hair with yarn at my host familyʼs house and many women in the village came to watch and keep me company as I braided throughout the day. They were so impressed at my ability and patience to do my own hair and so amazed at the many ways I styled it everyday. My community started asking me more about black actors and singers that they were familiar with and discovered since my arrival. They realized that because I was black I had black family members, that maybe there were other black people in America too.

These were conversations that I felt made my experience distinct and in many ways rich. The events listed above were rough moments but never spoiled the essence of this experience. Despite those events, I knew that to show my strength and unwavering love of blackness was to not let that break me and use the many opportunities I had to show them that Black is positive for all, if not for them then at least for me. I learned that being in the absence of black people would never make me less black and that there is much to gain when I share myself with people that are different from me. It was an idea I always valued and Peace Corps forced me to put it to practice. So now, as I think about Black History Month and going back to a place that makes me feel more black than American, maybe I can be more intentional and more diligent in merging and complimenting these identities that have transitioned me into who I have become. 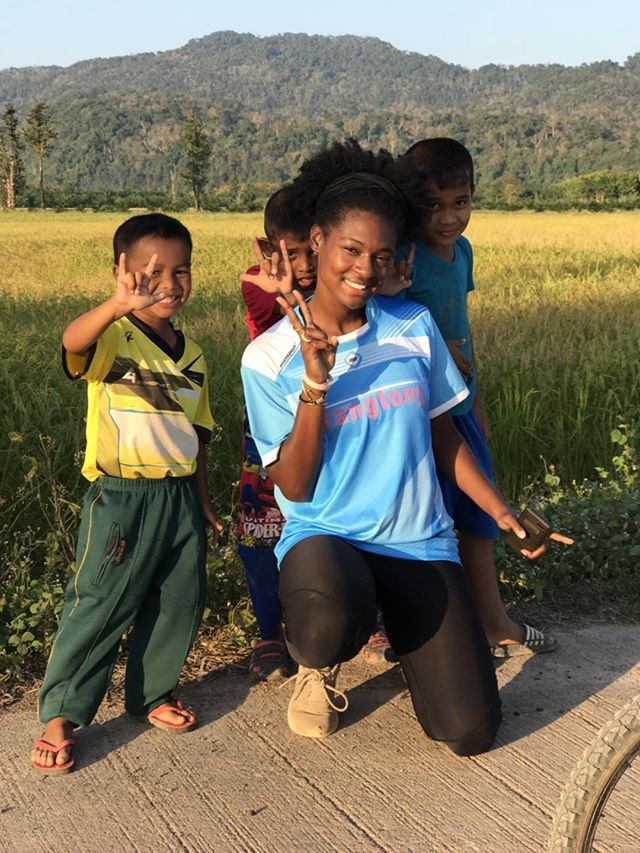