The Value of Play

One of the greatest values of American culture is the Separation of Church and State protected by the 1st Amendment of the Constitution. Within the last 50 years or so, this Separation of Church and State has become more apparent. For example, there used to be morning Bible Study in many public schools until the case of Abington School District v. Schempp 1963 where the Supreme Court ruled it unconstitutional to mandate Bible Readings or prayers in public schools. Nevertheless, the public schools in America refrain from endorsing religious values.

Initially, it was a huge culture shock, but in the midst of these differences, one value remains to be held precious in public schools whether they are in America or in Thailand.

The value of play! It seems because this is a similar value across countries, the way children apply this value is also similar.

When children play, they practice this word in its truest sense: by rejoicing and being glad. 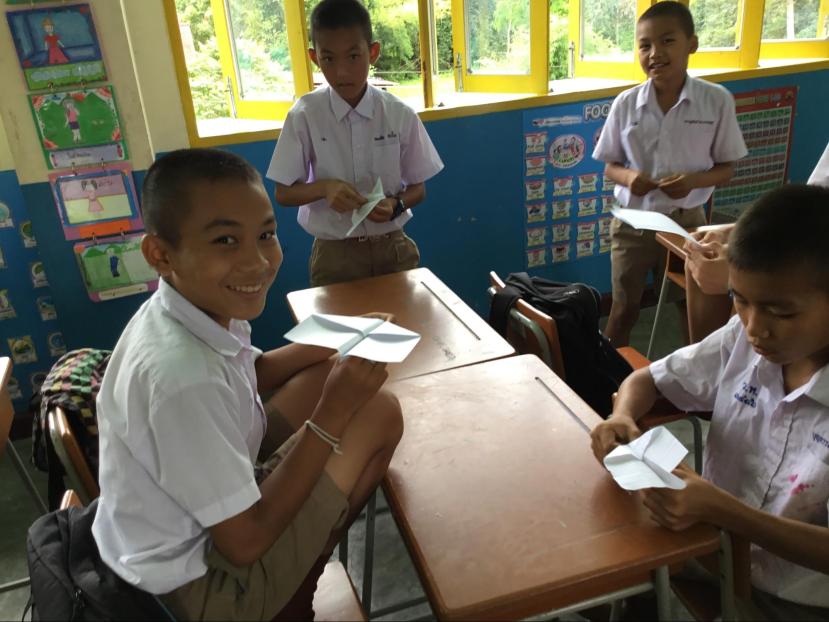 Making paper airplanes is a childhood classic; There’s nothing like crafting your own jet and watching it soar! I had this one student when I taught 8th grade in Denver, Colorado that made the best ones and he even won a school-wide competition. Here in Thailand, the children value their handiwork all the same.

The student’s here play a game just like jacks in America where you would throw up a red ball and pick up as many jacks as you can before you catch the ball. Sometimes, they play using jacks, fruits, or chopsticks. Every morning and afternoon, you will find circles playing this outside or in the classrooms.

Rubber bands are knotted together as the girls play jump rope. They will go through once and circle back around all over again. The girl who messes up the flow has to, then, turn the rope and they rotate another jumper in. The value of following the rules of the game allows for each student to get a chance to play. They even accommodate for my height when Kru Gabe wants to jump in — I haven’t messed up the flow yet!

The value of being able to play, in this case jumping rope, with your friends or even by yourself is seen everywhere. 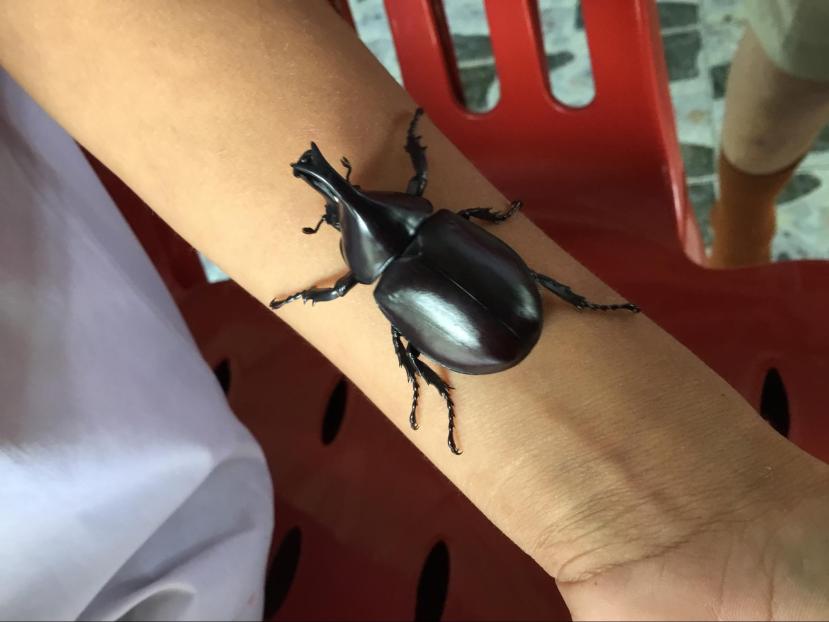 The kids have jump ropes, but during this game, the kids jump from one line to the other while maintaining their balance and coordination trying not to miss the rope. It’s fascinating that some of the games that children play are forms of plyometric training! They are just having fun, but one of these kids may be a future Olympian! 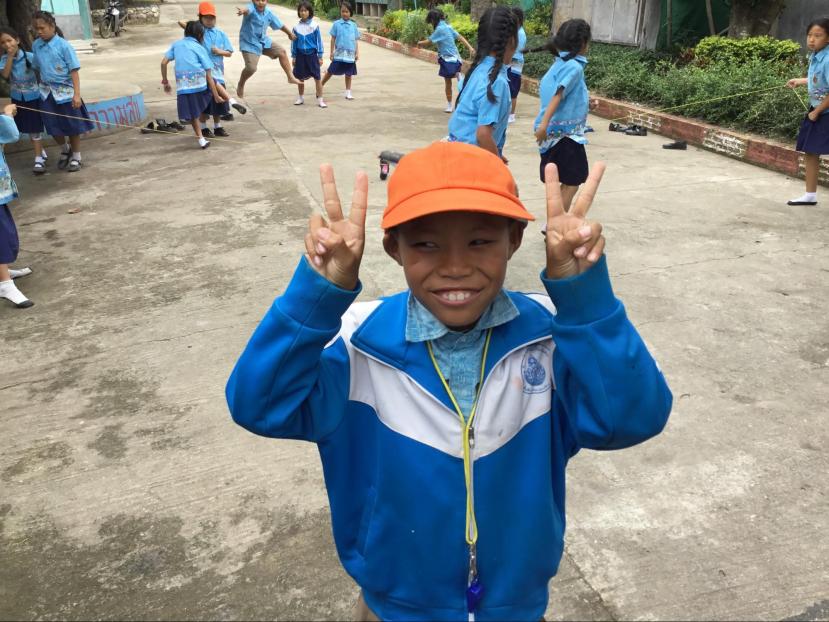 Kids playing with their silly faces. As a primary school teacher, you MUST participate in this one; It’s helped me lighten up so much. How to be silly and animated at school has been one of the greatest values these children have taught me.

A variation of jump rope, they put a shoe on the string of rubber bands and move it back and forward. The kids have to time their jumps over it lest they mess up the flow. Reminds me of when the kids would put that toy on their ankle and at the end of the rope there would be a ball and they would spin the ball around themselves while jumping over it. 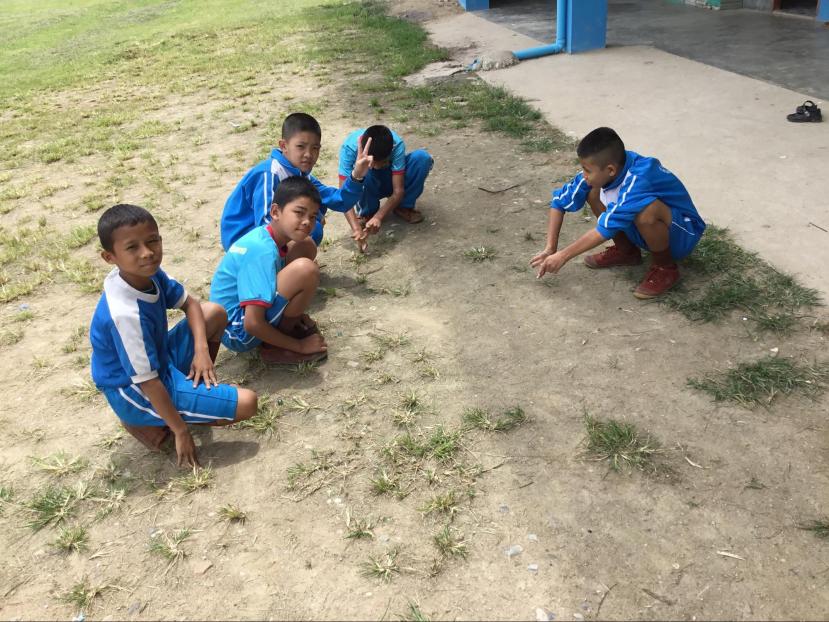 Playing with marbles. Nothing like showing off your accuracy in front of your buddies.

A lot of children have their favorite sport and here in Southeast Asia, Tekraw is very popular. Three vs. three, the boys try to keep the ball in bounds by hitting it with their head, knees, feet, and shoulders. 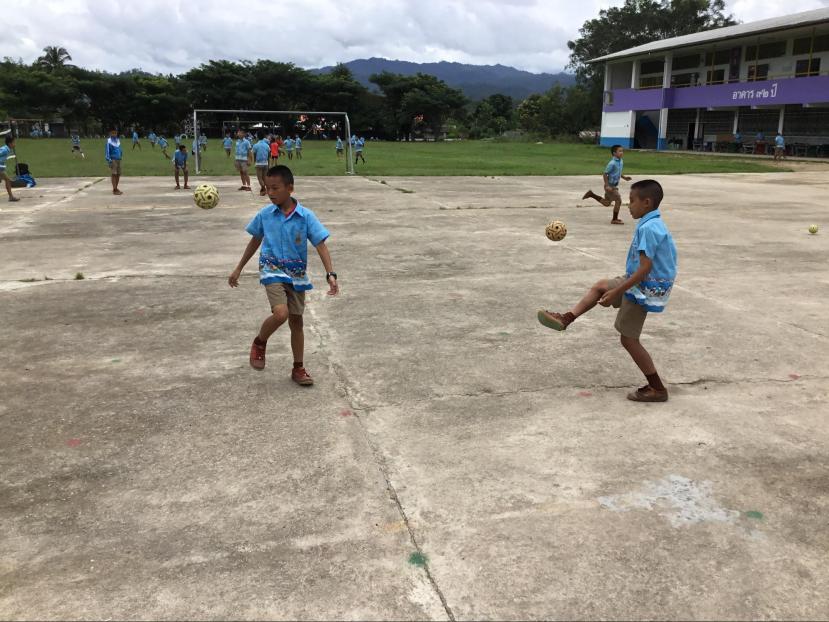 When there is not enough people to play a full game, just like in America, the kids find ways to practice and keep their skills sharp.

Other days, they just stand in a circle and try to keep the ball alive by running, jumping, and, sometimes, even diving for it. This game reminds me of Taps when I was a boy. My friends and I would stand in a circle and pass a basketball around, but we had to jump, catch it, and throw it all before we hit the ground. 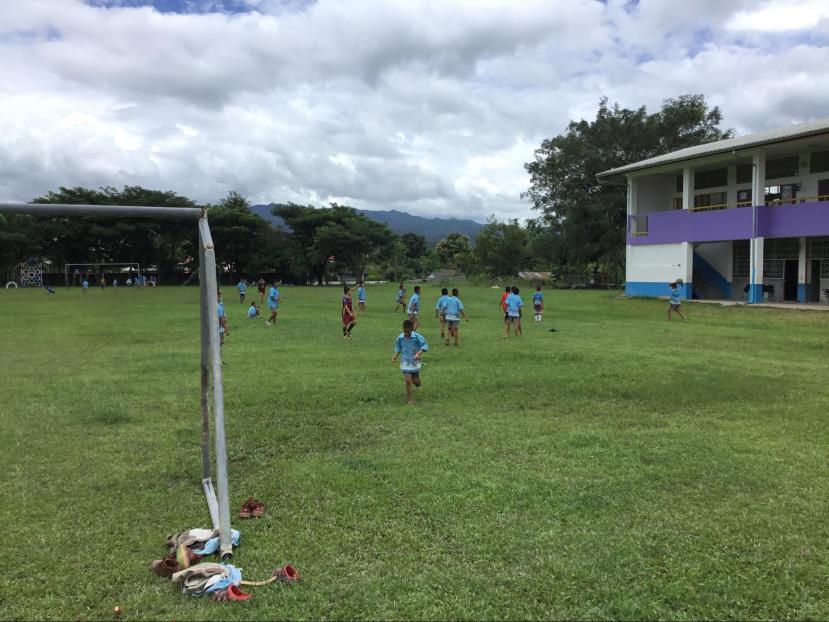 Whether it’s football, soccer, or tag, there’s nothing more valuable, during childhood play time, than running around with your friends to the point where you sweat so much that you can pinch dirt off of your neck! 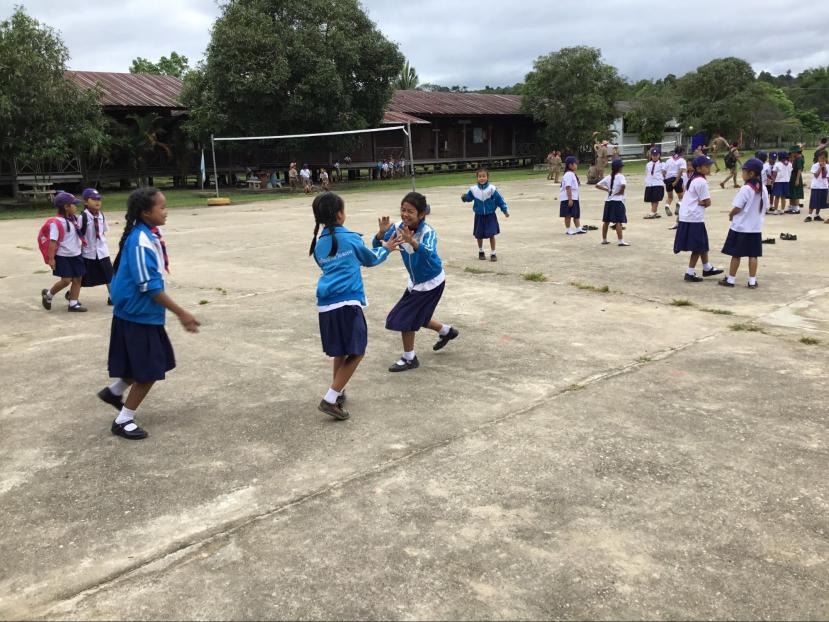 Not to mention the countless games that children play without any materials — just their joy and their imagination. Here, a girl hops on one foot while the other two try to hold her steady and force her foot to the ground. Once it touches, they start a new round.

And of course, no matter where you are, children value going home for the weekend. Whether it is to play video games or simply relax with family from all the playing.
It’s nostalgic and even emotional reflecting on the play time I had as a child. With my siblings, my friends, or even by myself, those were precious times I was fortunate enough to have.

Now that we are adults, responsibilities change our routines and the games are never as much fun compared to our childhood.

As volunteers, we can never go back to those times where we used to play as kids, but now our value of service allows us to find other ways to rejoice and to be glad. Thank you for all that you do and continue to pass on the value of service and don’t forget to play every now and then!

Check out Gabe’s previous articles Worship Up the Hill and Don’t Panic When a 6-Foot Snake Enters Your Home.