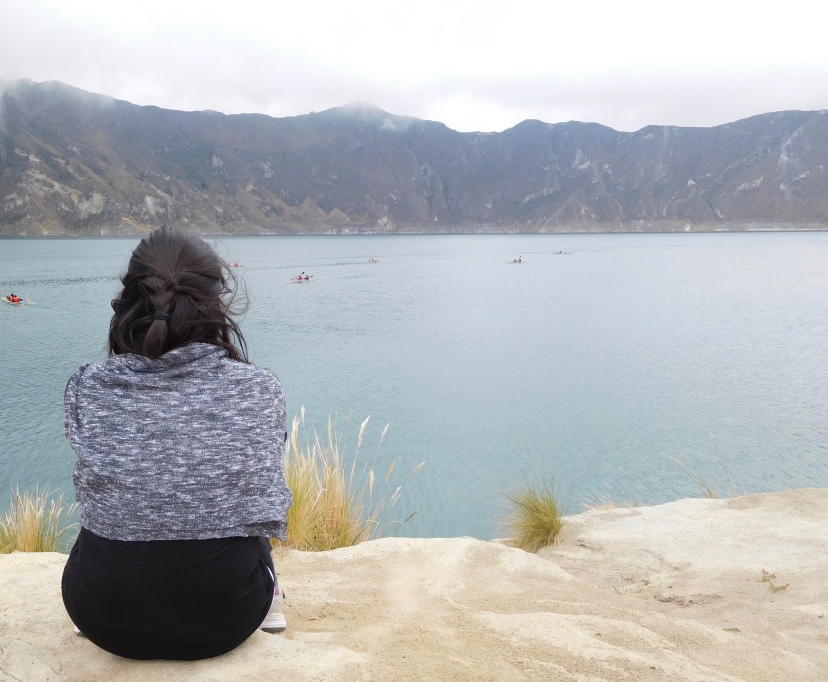 Upon meeting me, most people have trouble pronouncing my name. I usually have to repeat myself once, if not twice, in addition to physically pointing to my knee. “Oh, right. Hi! My name is Nhi Le. Nhi as in knee,* and Le as in lay.” Not nigh, not nuh-hi, and certainly not a blank stare because you’ve entered old age earlier than anticipated and you believe your ears are failing you.

I’ve had all the jokes people can think of from calling me “elbow” to “heinie.” Once in high school, I had a band director say, “head, shoulders, knees, and toes,” just for kicks. And of course, for all you Monty Python fans, “We are the knights who say ni!” Thankfully, these jokes don’t bother me (at least not since the third grade), and actually I appreciate a good Monty Python reference. But as a person with a non-Western and slightly confusing name, I’ve had this experience my entire life. It is not new, however throughout my life, it has shaped me in unexpected ways.

Up until the age of 4, I was called “Hom- ñay” to most everyone I knew, a bastardized version of my full first name, Hồng Nhi. I never really thought twice about it, because my Vietnamese life and my American life were a beautifully colored mosaic of myself. It was not until I started kindergarten that my name, Hồng Nhi / Hom- ñay, turned to knee. I don’t have any recollection of it changing or me having any particular feelings about this change, as gradual as it was. Everyone except the adults in my family started to call me Nhi, even my siblings.

It was not until the first grade, when my mom adamantly told me I should have everyone at school call me Hồng Nhi again, that I began to realize the delineation in my identities. So, the next day during recess I told my friends to call me Hồng Nhi, and afterwards, I told my first grade teacher to do the same. She gave a short pause and then said, “I am going to call you Nhi because that is what is on your birth certificate.” I felt ashamed for having brought it up because I honestly did not understand the significance of being called by my full Vietnamese name. I felt reprimanded. Rebuffed.

The significance is, of course, the entire heritage my parents brought with them to America. Hồng Nhi holds meaning and culture; it is intertwined with another language, cuisine, history, familial expectations, cultural customs, and so much more. It was at this point in my life, during conversation with my first grade teacher who decided not to accept my name, that I felt a shift. I saw the beginning of the separation between my life at home and the one I had at school. It was the start of my separate Vietnamese and American identities. This caused a lot of friction and confused years in my youth, feeling as if I had to live this double life. Being bilingual and bi-cultural was a hard fence to straddle and most days I fell off, displeasing one culture or the other because I was not “fitting in” to their preconceived ideas of who I was. In the past several years I’ve had an easier time blending these two identities into one person because I realized that I did not need to keep them separate. I was beginning to develop my chameleonic superpower.

People create personas and identities with their names, and if they find their names do not quite match them, they change it. Names are important. They define you. We all have several names and wear different hats. To my friends I am Nhi, the short Asian who likes to watch movies, eat, and travel. To my family I am Hồng Nhi, the youngest member of the family who prefers to be away from her family and rarely calls home. My name, my identity, and how I act shifts ever so slightly depending on what I am called.

Since coming to Asia (both during my time in Japan and now here) I have seen a role-reversal where Asian natives butcher the names of my Western friends that so easily roll off the tongue in other parts of the world. Even my own parents have a lot of trouble with my friends’ names back home. I see my friends in Thailand struggle with this, and I wonder if they have ever thought about what it was like to live this everyday back home. Do they feel the burden of holding on to their American identities while being forced to forge their Thai identities?

I, myself, have been given a…lateral…nickname. My host family, rural Southern Thai people, whom I often have a hard time understanding because of their fast-paced-throw-out-all-the-tones-you-learned-during-preservice-training dialect, found my name to be too difficult either due to its shortness, the flat tone, or my very American accent when speaking Central Thai. They branded me as Nhi Nhi (flat tone followed by a falling, I believe). Everyone I was introduced to during my time with my host family knows me as Nhi Nhi. I was not consulted on whether or not I wanted to use this name. I was not given a choice. I had no say in choosing how my identity was being presented at site.

Many people also address me by my first and last name as if it is one name. “KNEELAY! KNEELAY!” Students would ask me what my “real” name was, believing that it was my nickname. It wasn’t until the third week of school that the other teachers realized that those five short letters are my first and last name. That’s nearly two months into site. I found this a little hard to swallow. I like to think that in most of the languages I’ve encountered they all share the common n- and long e-sounds. Plus it’s only one syllable. AND as a Vietnamese-American, I slightly claim all Southeast Asian cultures. These are MY people! I felt almost betrayed. How could they not get it right when I was one of their own? This question plagued me for days, weeks even.

Then I took a hard look at how I treat others’ names that I can’t quite wrap my tongue around and realize I butcher their names as well. Thai names are long, each with their own specific tone, percussive mouth movements, and silent endings that I have yet to master and doubt I ever will. I struggle to remember the staff’s names at my school, let alone all of the children. Have I treated them any differently than they have to me?

It has been almost three months now, and since the day my host family named me Nhi Nhi, I have learned to get over my fleeting indignation. Here I am Nhi Nhi, the Peace Corps Volunteer who looks like one of them but actually isn’t. The girl who walks to school. The one who doesn’t eat a lot of rice during meals because she finds it repetitive but they all think she’s scared of getting fat. The one that never wears the correct uniform because the teachers either forget to tell her or her wardrobe just doesn’t support that kind of specific costuming seemingly in everyone else’s closets.

I am Hồng Nhi . I am Nhi. And here, I am Nhi Nhi, just another feather I have added to my ever-growing hat of identities.

*Disclosure: Nhi is not actually pronounced like knee but closer to the Spanish ñ-sound. The “h” in my name is there for a reason, I promise. Also it is said with a flat tone. Yes, my name has a tone. Surprise! Nevertheless, everyone says knee, which is completely fine.