Tis the season of Songkran. I remember being fresh into site in Satun and not quite anticipating a whole lot of celebration (my site is predominately Muslim) but counting on the element of surprise. To my surprise, I made a short trip with my Buddhist co-teacher to the nearest temple to put a small square of gold paper on a Buddha figure. Not to say this was disappointing but there was no doubt I would celebrate Songkran elsewhere the next year. I decided to visit my good friend Michael in the province of Petchabun. People think the South is hot but Petchabun…geeze! The water play was necessary.

We hung with the host family, went on a temple tour, danced in a village parade, sang karaoke, and went to the city to a full kilo long Songkran party in the streets. Those three days were the real test of resilience. Being hit with ice cold water, drunk strangers poking you in the eyes and rubbing your face with a thick powdered liquid, and being unable to think because of fast, bass heavy beats of English music in Alvin and the Chipmunk voices can be a lot for an average non-Thai person let alone an elite non-Thai person like myself (haha). So I compiled a list of do’s, don’ts, and ways I could’ve better prepared for such a monumental experience.

1. Stay hydrated- People were slinging cups full of whiskey to my left and right. Lucky for me a fellow volunteer, Abbey, abandoned a handy canister that was put to great use.

2. Wear glasses- This can be sunglasses or regular glasses, though I think the best option would be goggles. Maybe even a whole snorkel set. Water mixed with incense, powder, and bacteria will be flung in your eyes with no remorse. I went on the Songkran streets with unprotected eyes and blinding green slime came out of them for three consecutive nights. 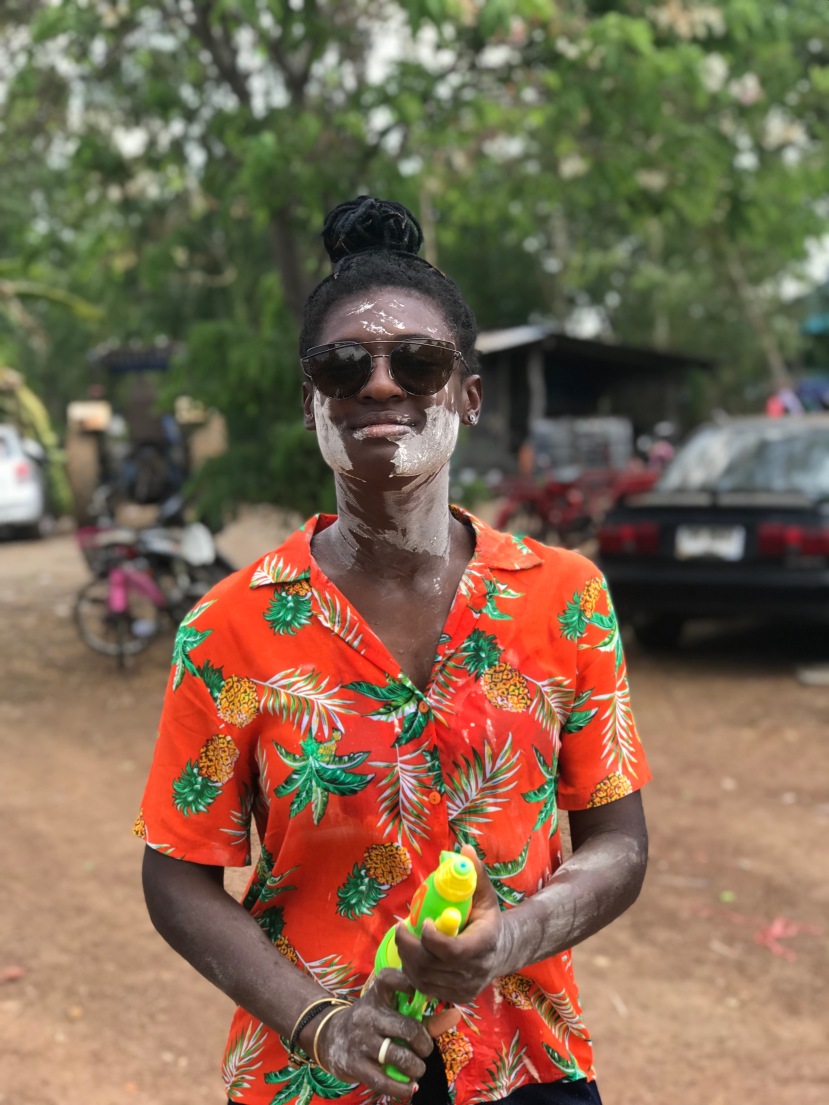 3. Sunscreen- I don’t burn much but 103 degree weather and water shining off my skin can cause some damage.

4. Carry drinks with lids- with all that water splishing and splashing about, you’re bound to get some of it in your drink. Avoid getting sick and carry your drink with a lid. Available at your nearest 7 Eleven. 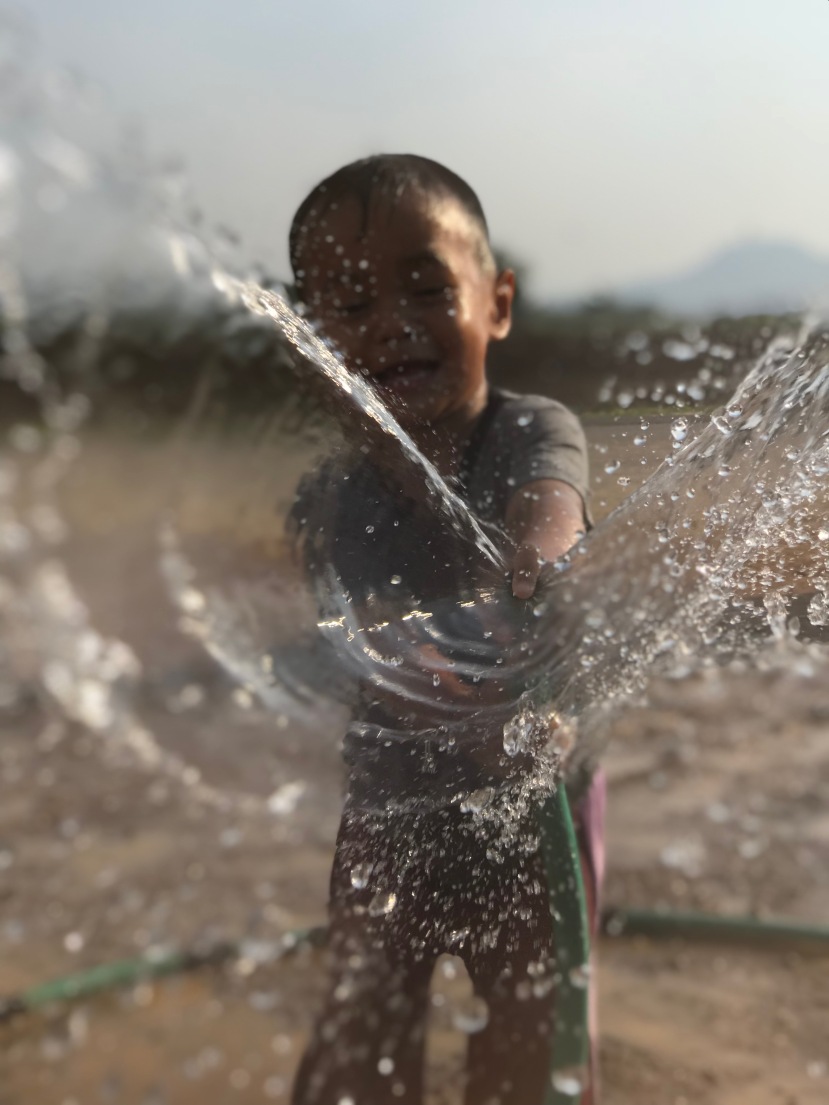 5. Women – Protect yourselves- I was lucky to have a strong bodyguard (Michael, duh) and some of his sweet students to ward off the handsy drunk men. At times it felt like too much so we called in the Yais (elder women) to form a shield around my vulnerable, magnetic foreign body. Men, watch out for yourselves too.

6. Beware of the cold water carriers- You don’t know pain until your soaked self is walking, waving, and smiling down the Songkran streets and then BAM, an iced water bomb hits you in the middle of your back and your life flashes before your eyes. Man, that hurts! There is really no way to avoid it. Expect it.

7. Prepare for Songkran PTSD- Honestly, I am traumatized. Songkran has traumatized me. The first night I went to bed, post-bath and relaxing, I felt like I was sleeping in a river. Every time I closed my eyes I had flashes of Thai people screaming “Helloooooooo” 1 centimeter from my face, then grabbing my head to cover it with the mysterious clay liquid. Then, another flash of cold water slapping me in the back. Then another flash of me almost drowning in a street puddle. 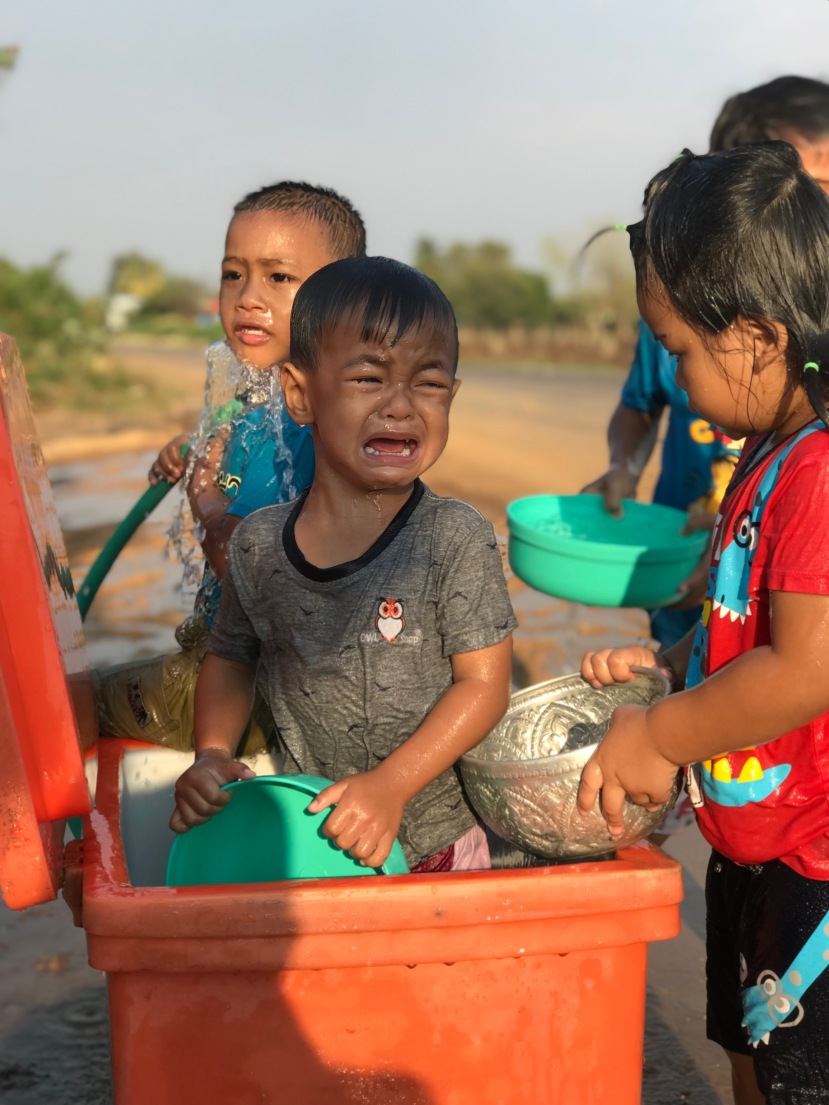 8. Don’t bring electronics that can’t withstand water. This Songkran I tested the waterproof abilities of my IPhone. Luckily it survived the consistent soak but I easily could’ve dropped it. Get your Gram pics in early and rush that phone to a safety point. 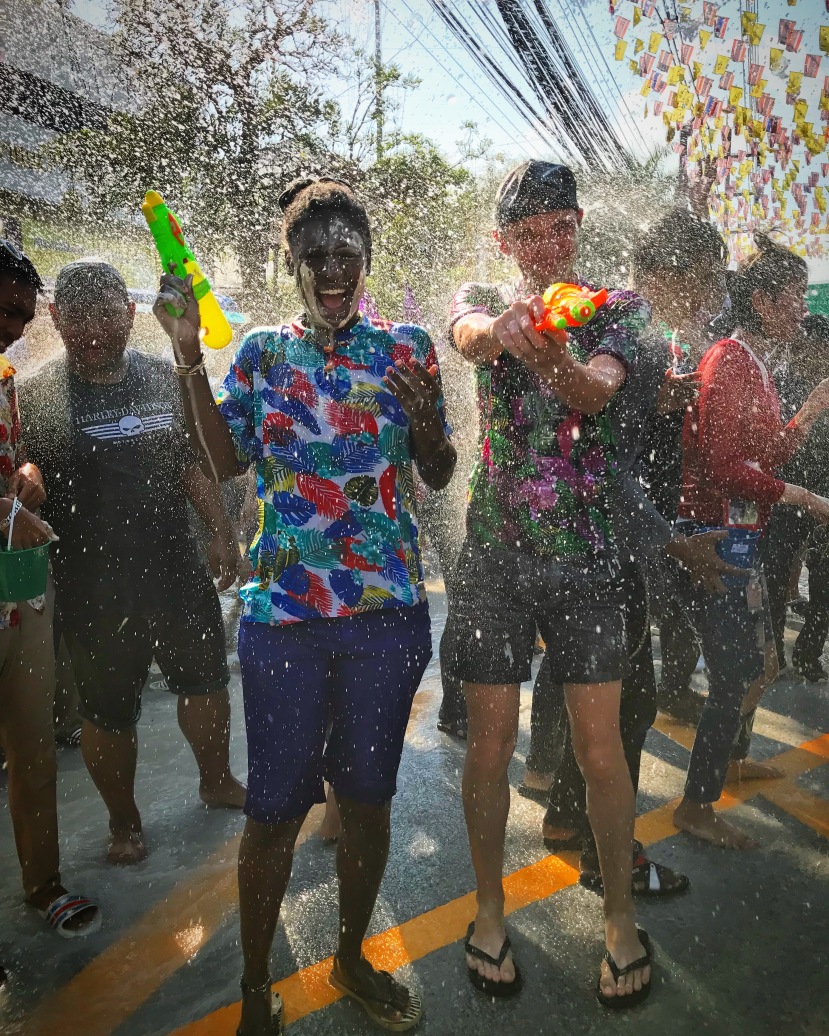 9. Respect the ones who don’t want to get soaked. As Michael and I stood on the side of the street by a village storefront, we sprayed cars, motorcycles, and bikes passing by. Some people welcomed the water and others dreaded it. Yeah I get it, tis the season for Songkran, but if they don’t want to play, respect that. The major clue is in the facial expressions.

10. Get dirty- Songkran was a dirty and uncomfortable time for me. Stuff on my face, traveling to my mouth, floating in my drink, and coated on my food. No bathrooms, no anti- bacterial soap, no tissue. It’s just you, the people, and water. Stay as clean as you can to avoid sickness. Have your Ibuprofen, hydration salts, and Emergen-C on hand. You’ll need it. 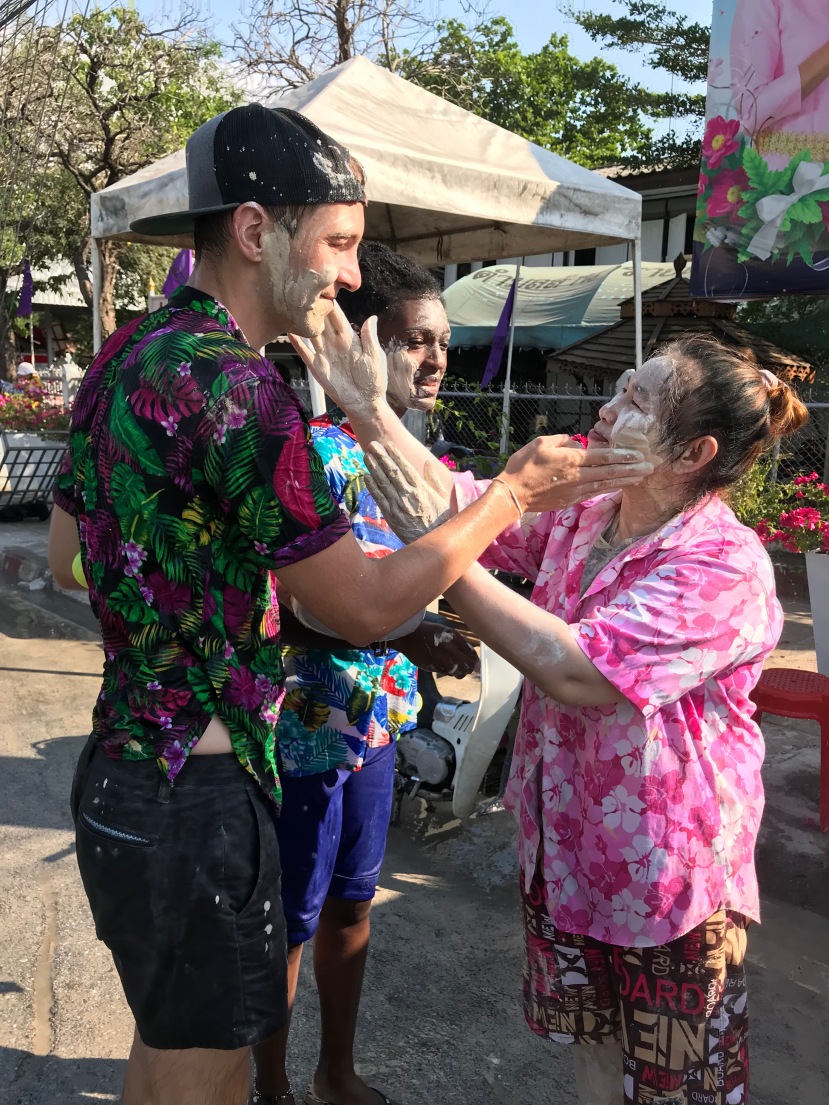