I Didn’t Think Much About PST Before Coming 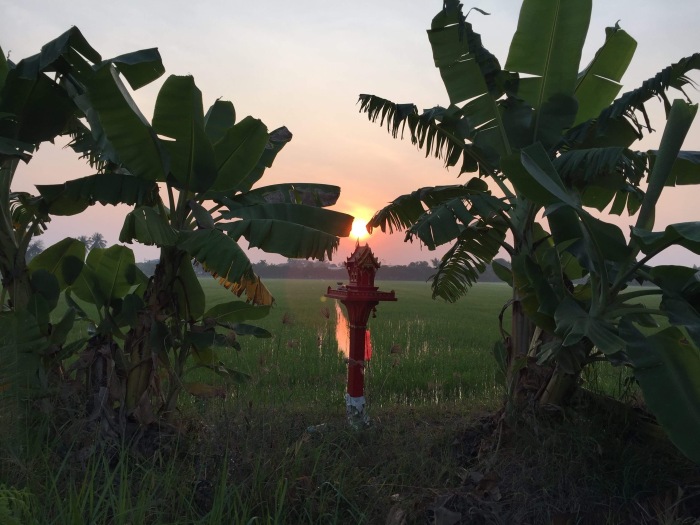 I didn’t think much about PST before coming, and when I did I imagined it would be a brutal experience. Either it would be mindnumbingly tedious or it would be stressful in ways I couldn’t imagine yet. Either way, it was something I had to get over with so I could finally embark on my 2-year adventure of service and self-discovery. Likewise, I didn’t think much about the fellow trainees and Peace Corps staff who I would train with. I had a vague idea that they would become my ‘new best friends’, but I was far more excited to be the only westerner in town than I was to be around a bunch of other Americans in Thailand.

Fast forward 10 weeks, and it has indeed been a brutal experience (at least for me)! It has been hot and humid every day, with one glorious exception, and most of us have ridden our bikes great distances multiple times every day, with some equally glorious exceptions. Our days have been full of sessions and our nights have been full of homework. We have had so much training on so many topics that it’s hard to say what, specifically, we learned in any individual session. We were assessed on teaching, on language, and on things like stress tolerance, emotional maturity, and social sensitivity. For a while I was worried that I might not make the cut. And just when we thought we had a bit of a break, new challenges came out of the woodwork, from organizing an American Day for our host parents to running a training for the teachers in our community.

What I have received in return has been, for the most part, 6 gifts:

After about a week of training, the day finally came to begin our language instruction. In a conference room the trainees formed groups of 4, one group at a time, and were randomly assigned our Thai teacher – our aa-jaan – for the next week. Once matched, we filed into another room and began our lessons. Then, at some point, almost out of nowhere, she started talking about karma.

According to our aajan, karma is a force which binds together people within and across lives. She talked about her mentor who recently served as translator for president Obama. Her mentor had grown up in a remote Thai village, and 40 years ago two Peace Corps volunteers had served at her site. When they left, she would send them letters in English, and they would respond with corrections on the letter they received as well as a letter of their own. For our aa-jaan today, serving in the Peace Corps is one way to return the favor on behalf of her mentor, and it is crazy to think that we are ultimately benefitting from the work done by those two volunteers 40 years ago.

Karma also binds our actions in the past to our fortune today. Our aa-jaan is a bit of neat freak, so she got into the habit of cleaning the bathrooms at her local temple every weekend. One day a man stopped by as she was cleaning and asked her what she was doing there. Was she a janitor? Was she unemployed? She responded that she did, in fact, have a job, and over time what began as a funny misunderstanding developed into an intimate relationship. The two are now married.

These stories from our inspirational teacher reminded us all that the good work we do today ripples in our own lives and in the lives of others. It was a good reminder at the right time to put the most into my PST experience. It helped me to pump myself up when things became stressful or monotonous. It also helped me to make sense of the moments outside of my control: the unexpected English teaching (babysitting) sessions with kids in the community, the Thai–nappings, and the group projects where I just had no idea how they would turn out. I took solace in the fact that whatever the situation was, my thoughts and my actions were all I had to worry about. Ultimately, these are just two of the many stories I have from the staff at PST. It’s truly a special crew, and I can’t thank them enough for the effort they put in, and the wisdom they shared, in order to set us up for success.

Those are my thoughts for now! Excited to see what the next chapter holds.

Philip’s second story, “The Doll”, will be published in two weeks on Monday, April 9th.