“Turkey coming through, watch out!! Hand in your turkey money next door.”

“Can I borrow your pot and pan (singular) both of ours are already being used and I need to make the stuffing!”

“Ten people and five beds, we can make this work.”

“I just dropped so much Baht at a grocery store for ingredients I could have bought in my village for way less!”

Statements such as these were indicators of an abnormal Thanksgiving dinner being held in Bangkok last Saturday night. Throughout the preparations during the day, and mass consumption of food and dessert at night, there were multiple times when a statement would be overheard that could only be considered “normal” in this situation, with these people. The group joked at the absurdity of cramming 50 volunteers into two apartments. We planned to share the combined 6 pots and pans to prepare enough food, and then some, for the ravenous crowd. The division of spices, flour, and various ingredients was assumed as butter and salt were volleyed between apartments. Music was blasted and conversation filled every room available. It was loud, chaotic, and a very PCV-esque occasion. 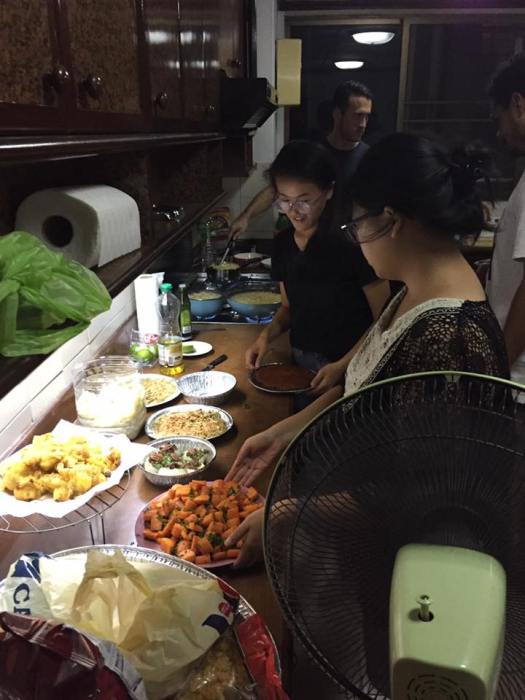 When we committed 27 months abroad to being volunteers, it was well known we would be unable to attend our usual holiday celebrations. While some had previous plans to return for Christmas, weddings, or other occasions, everyone knew we would be absent from at least one of our annual family gatherings. The holidays can be a difficult time of year for some; add being over 8,000 miles away from your family and friends, and it can be even more burdensome. Although we were unable to spend this Thanksgiving with our parents, siblings, and cousins, I believe our definition of “family” has notably expanded.

Our PCV family consists of very unique individuals from various states throughout America. The diversity of our family is absolutely beautiful and it became even more evident as we shared our traditions regarding the holidays. Diversity amongst PCVs is one of the initial conversations most of us had with our Thai counterparts and host families. We would often find ourselves explaining that Americans do not all look alike or come from the same region in the states. These conversations became second nature, knowing it was much more than appearance that differentiated us. The collaboration for our “American” holiday dinner allowed us to unexpectedly explore these differences and discuss our varying traditions.

We discovered foods that some people consider a traditional Thanksgiving dish in one area of the states, others have never consumed in their entire existence. Kori and Jason teamed up to share “Coquito” with us, a coconut and rum based beverage traditionally served during the holidays in Puerto Rico. Even staple dishes such as salad, stuffing, and sweet potatoes were explained to be made in various forms. As we cooked and ate as a PCV family, snippets of other’s holiday traditions were revealed, deepening our understanding and connection to each other by one more step. Although we could not make it back to the states to share the holiday with our relatives, I am entirely thankful groups 126, 127, and 128 joined to spend time with one another and take part in a feast of delicious dishes as one giant, crazy, and diverse family of volunteers. 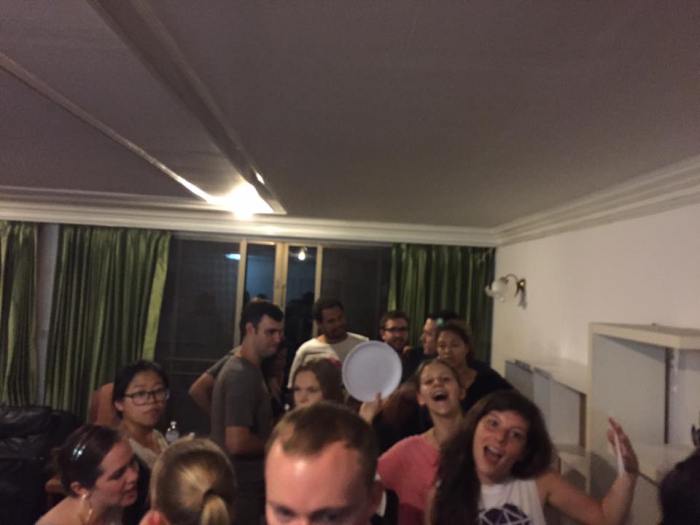